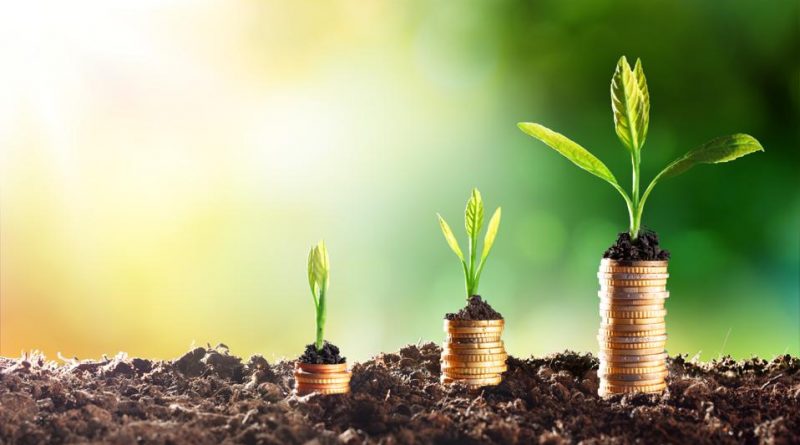 Real estate investment trusts — or REITs, for short — can be fantastic securities for generating meaningful portfolio income. REITs widely offer higher dividend yields than the average stock. Here are the top five REITs, according to Ben Reynolds whose team at Sure Dividend has launched a service that ranks more than 110 REITs each month.

Four Corners — our 5th top-ranked REIT — was formed after a spin-off from Darden Restaurants (DRI), in November of 2015. It is a real estate investment trust (REIT), which primarily acquires and leases restaurant properties.

The trust is structured as a triple-net lease, which means property maintenance, taxes, and insurance are the tenant’s responsibility. This results in strong operating margins in the 80% to 90% range, much higher than the ~65% operating margins of most shopping center REITs. FCPT has proven markedly resilient to the pandemic, as it has posted record funds from operations (FFO) per share in each of the last two years.

In the second quarter, FCPT collected 99.8% of its rental payments, thus confirming that essentially all its tenants are in healthy financial positions. Rental revenue grew 11% over last year’s quarter and adjusted funds from operations per share grew 12%, from $0.34 to $0.38.

FCPT acquired 23 properties for a combined purchase price of $45.6 million during the quarter, with an initial weighted average cash yield of 6.9% and a weighted average remaining lease term of 6.6 years.

The most significant competitive advantage of FCPT is its high-quality management. FCPT is offering an attractive 4.7% dividend yield. Its current payout ratio is high, at 83%, but the REIT has proved resilient to the pandemic.

While many REITs have been struggling and have cut their dividends during the coronavirus crisis, FCPT grew its revenues and its FFO per share by 7% and 4%, respectively, last year. As a result, it raised its dividend by 4% in late 2020.

In addition, FCPT has a healthy interest coverage ratio of 3.6 and a debt to equity ratio of 1.0. Overall, we view its 4.7% dividend as safe in the absence of a severe unexpected downturn.

As FCPT was formed in late 2015, it has a short history. Nevertheless, the trust has managed to grow its FFO per share every single year, from $1.22 in 2016 to an expected $1.55 this year, for a 4.9% average annual growth rate. We expect FCPT to continue growing its FFO per share at a rate close to its historical rate thanks to ample room for the continuation of profitable acquisitions of properties.

The market seems to agree on the promising growth prospects of FCPT, as it has rewarded the stock with an exceptionally high price-to-FFO ratio (P/FFO) throughout its 6-year history, close to 20.0. Based on expected 2021 FFO per share of $1.55, FCPT trades for a P/FFO of 17.8.

The Trust was able to collect 100% of contract rents in the first and second quarter. Leadership increased their previous fiscal 2021 guidance and anticipate normalized FFO to come in around $1.48 to $1.50 and for FAD to come in at a mid-point of $1.58. This increase would result in a 6.4% growth in FFO over 2020.

The payout ratio has remained healthy throughout the trust’s history, with a bump in 2017 where the payout ratio reached its peak of 87%. If CTRE meets their provided guidance for FFO of $1.49, the company will achieve a payout ratio of 71% in 2021, a fairly conservative rate in the REIT space.

The Trust’s competitive strength lies in their geographically diverse property portfolio across 28 different states, and their long-term, triple-net lease structure which places many expenses on the operators rather than the trust.

While funds from operations have been somewhat volatile, the Trust has grown FFO by 13.1% and 9.1% on average in the past 6 and 5 years, which is solid. Going forward, we conservatively estimate they can continue growing FFO by 5.5% on the back of the pandemic.

The trust will continue acquiring skilled nursing and senior care retirement homes to lease and build their real estate portfolio. Currently, CTRE has an active deal pipeline in the $125 million to $150 million range, in-line with historical levels.

Based on estimated fiscal 2021 FFO of $1.49, CareTrust trades for a price-to-FFO ratio (P/FFO) of ~14.6. Our fair value estimate is a P/FFO of 15. A higher P/E multiple could increase shareholder returns by approximately 0.2% per year over the next five years. In addition, when combined with the 5.5% expected growth rate and 4.9% starting dividend yield, we expect average total annual returns of 9.9% over the next five years.

Its portfolio consists of 71 net leased retail and office properties located in 49 markets in 22 states. It was formed as recently as August of 2019, has no employees, and is externally managed by Alpine Income Property Manager. The manager is owned by the publicly traded trust CTO Realty Growth (CTO), which also owns 22.3% of Alpine’s common stock.

In the second quarter, total revenues grew 44% over last year’s quarter thanks to the trust’s acquisition spree since its inception. In the first half of the year, the trust acquired 23 income properties for a combined purchase price of $103.2 million. Thanks to economies of scale and lower total costs after its manager’s fees, adjusted funds from operations (AFFO) per share grew by a massive 144%, to $3.9 million.

At the end of the quarter, the trust’s Weighted-Average Remaining Lease Term was 8.0 years and was 100% occupied. For the full year, management expects AFFO/share of $1.38 to $1.48. We expect AFFO/share at the higher end of this range, given the trust’s explosive results.

Despite the pandemic, Alpine has raised its dividend 22% this year and thus it is offering a 5.3% dividend yield. Interest coverage ratio is low, at 1.7. However, given the healthy payout ratio of 68%, the reliable cash flows backed by multi-year leases and growth potential, the dividend should be considered safe in the absence of a prolonged crisis.

As Alpine Income Property Trust was formed in 2019, it does not have a historical track record. However, its financials have been growing at a very rapid pace quarter after quarter. The trust has achieved approximately 150% accretive portfolio growth since its inception.

Its current growth drivers include its acquisition spree, which takes place at extremely low-cost financing (Alpine just borrowed $60 million with a 5-year term at just 2.16%), as well as rent escalations. About 45% of its annualized base rent is subject to rent escalations.

While the trust’s ongoing growth trajectory points towards high growth ahead, we have assumed 7.0% growth of AFFO per share over the next five years, just to be on the safe side, given the short history of the trust.

Based on expected 2021 FFO per share of $1.48, the REIT trades for a price-to-FFO ratio of just over 12.6. Our fair value estimate for this trust is a price-to-FFO ratio (P/FFO) of 12.6. A contracting P/FFO multiple could reduce shareholder returns by 0.1% per year over the next five years.

Moreover, we expect annual growth of FFO per share of 7.0%, while the REIT has a 5.3% dividend yield. We expect total annual returns of 11.6% per year over the next five years.

Omega Healthcare — our 2nd top-ranked REIT — is a real estate investment trust (REIT) that invests in the long-term healthcare industry. Its focus is in skilled nursing and assisted living facilities, and its portfolio is primarily triple-net leases operated by healthcare providers.

Omega has the majority of its properties in the United States but has a small presence in the United Kingdom as well. Omega was founded in 1992, produces about $945 million in annual revenue, and trades with a market capitalization of $7.7 billion.

Omega reported second-quarter earnings on August 2nd, 2021 and results were much better than expected, with records for both the top and bottom lines. Funds from operations (FFO) per share was 85 cents, besting estimates by two cents.

Revenue was up to $257 million, representing a fractional gain year-over-year, but well ahead of expectations for a revenue decline. The trust saw 98% of contractual rent and mortgage payments for July, 98% for Q2, and 99% for Q1 as collections have improved immensely since the worst of the pandemic.

Omega implemented a new at-the-market share offering worth up to $1 billion and refinanced eight facilities to improve its capital structure. Following Q2 results, we now expect $3.30 in FFO per share for this year, driven by strong rent collection trends and favorable capital recycling.

Healthcare in general is much less cyclical during tough economic times than most sectors, simply because the vast majority of healthcare providers are non-discretionary, meaning customers need the service irrespective of economic conditions. Given that Omega is primarily exposed to skilled nursing and assisted living facilities, it performed quite well during the Great Recession, and we expect that to be the case during the next recession as well.

The trust’s debt-to-equity ratio is elevated at 135% today, and the current run rate for interest expense is about $235 million annually. Those are significant numbers, which is surely why Omega opts to issue new common shares to raise capital.

The payout ratio, however, remains around 80% of FFO, so unless there’s a sizable, as yet unseen headwind to FFO on the horizon, we think Omega’s dividend is safe at current levels.

We see Omega’s growth at just 2% annually, which is well below its historical average of more than 5%. We like its exposure to the growing population of people that need assisted living, but tenant solvency issues and expensive financing have kept a lid on growth of late, and we believe this may persist.

Even so, the stock is quite cheap today at just 9.8 times FFO estimates for this year, well short of our estimate of fair value at 12 times FFO. That implies a 4%+ tailwind to total annual returns from the valuation, and combined with 2% growth and the 8.3% yield, we see a very enticing 12.3% total annual return forecast for Omega in the coming years.

SL Green Realty — our top-ranked REIT — was formed in 1980. It is an integrated real estate investment trust (REIT) that is focused on acquiring, managing, and maximizing the value of Manhattan commercial properties.

It is Manhattan’s largest office landlord, with 77 buildings totaling 35 million square feet. The pandemic has hurt several companies that are tenants of SLG. New York has one of the lowest rates of occupancy of office space in the U.S., with 19.5% occupancy right now.

his has caused an unprecedented tenant-friendly environment and challenges to the business of SLG, but we expect the REIT to eventually fully recover from the pandemic.

SLG reported its financial results for the second quarter of 2021 on 7/21/21. Its same- store net operating income fell 2.7% over last year’s quarter and its occupancy rate slipped sequentially from 94.2% to 93.6%.

Its funds from operations (FFO) per share dipped 6% but only due to higher lease termination income in last year’s quarter. Excluding this factor, FFO per share would have edged up 2%.

SLG has 40 years of experience in Manhattan and hence it has great expertise in the area. It has raised its dividend for 10 consecutive years and is currently offering a 5.3% dividend yield.

SLG is currently under pressure due to the pandemic, which has caused a work-from-home trend. However, the REIT has one of the strongest balance sheets in the REIT universe, as its net debt of $5.6 billion is just 12 times its annual funds from operations. This is reflected in the strong BBB credit rating of SLG.

Thanks to its financial strength, the REIT can endure the ongoing crisis and emerge stronger whenever the pandemic subsides. It can also maintain its attractive 5.3% dividend, which is well covered with a payout ratio of 56%. SLG is thus suitable for income-oriented investors who can wait patiently for the pandemic to subside.

SLG benefits from reliable growth in rental rates in one of the most popular commercial areas in the world, Manhattan. The REIT pursues growth by acquiring attractive properties and raising rental rates in its existing properties. It signs multi-year contracts (7-15 years) with its tenants in order to secure reliable cash flows.