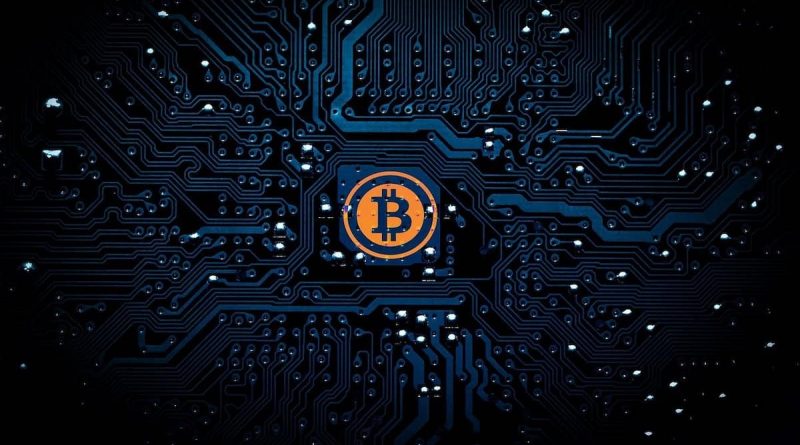 The stars have aligned for investors to consider the role they want crypto assets to play in their retirement portfolio to help reach their long-term goals. In 2021, cryptocurrencies made their way further into the mainstream thanks largely to rise of market segments like non-fungible tokens (NFTs), decentralized finance (DeFi), meme coins like Dogecoin and, last but not least, bitcoin’s fresh all-time high. 2021 also saw the approval of the maiden bitcoin ETF in the U.S., the ProShares Bitcoin Strategy ETF (BITO), which invests in BTC futures rather than the spot market.

Miami, Fla. Mayor Francis Suarez has helped to hasten bitcoin adoption and currently gets paid in BTC. Now he’s hoping to receive part of his 401(k) retirement savings in the leading cryptocurrency, too, according to Real Vision. Mayor Suarez fully expects the digital asset to appreciate over time.

Cryptocurrencies are still considered risky assets given the nascent nature of the asset class, murky regulation and the volatility that prices exhibit. Having said that, Ross Gerber, CEO of Gerber Kawasaki Wealth and Investment Management, is quoted by MarketWatch as advising investors to direct 1-5% of their portfolio to cryptocurrency assets. Gerber further suggests that investors look to crypto as a long-term investment and group in the same category they would small-cap technology stocks. Bitcoin is the first and biggest cryptocurrency, with a market dominance rate of 40.9%. Since bitcoin’s launch in 2009, however, plenty of other coins have emerged, some of which have charted their own course in the blockchain terrain. Let’s take a look at some of them.

Bitcoin is the most popular cryptocurrency, boasting a market capitalization of $877 billion at last check. Bitcoin’s two chief use cases are as a store-of-value to hedge in times of inflation and as a medium of exchange to pay for stuff. Investors who expect the bitcoin price to rise tend to be more reluctant to spend it. For example, Dallas Mavericks currently supports bitcoin and Dogecoin for online payments. Mavericks owner Mark Cuban, who prefers bitcoin over rival store-of-value asset gold, says that most fans who pay in crypto prefer to do so with Dogecoin so they can hold onto their bitcoin.

2021 has been a mixed bag, with the bitcoin price having achieved a fresh all-time high but poised to end the year 20% below that level despite sky-high inflation. The bitcoin price currently hovers at $46,236, down about 32% from its peak of $68,000 reached in November 2021. While the bitcoin price is currently in a downdraft, it is still up about 60% year-to-date, far outpacing rival store-of-value asset gold, which is down 6.4% so far this year.

Ethereum is the second-biggest cryptocurrency. Also called ETH or ether, it is the native cryptocurrency of the Ethereum blockchain used to pay fees to secure the network. ETH is also used to help support the decentralized apps (Dapps) that are built on the Ethereum blockchain, including those in the DeFi and NFT markets. OpenSea, the largest marketplace for NFTs, supports Ethereum (as well as Polygon and Klatyn). More often than not, NFT prices are cited in ETH, including in major auctions like those on the Christie’s and Sotheby’s auction houses.

Ethereum is the most popular platform for DeFi and NFTs despite the fact that the network has been plagued with issues like lofty fees and slow transaction times, all of which has paved the way for rival blockchains to gain market share. The rise of what’s known as Layer 2 protocols, also called scaling solutions, is expected to make Ethereum more efficient by taking some of the load off of the Ethereum blockchain. And these solutions are expected to gain traction in 2022, all of which bodes well for the blockchain and potentially the Ethereum price over the short and long-term. Since Ethereum experienced its London hard fork upgrade in August, which was the first in a series of steps toward Eth 2.0 for greater scalability, faster transaction times and lower fees, the Ethereum price has risen 40%.

Dogecoin started the meme-coin trend in the cryptocurrency industry. Meme coins are the cryptocurrency version of meme stocks from the WallStreetBets movement, such as GameStop and AMC Entertainment, to name a couple. Doge was created as a joke back in 2013 but its influence has since exploded, making its way into the investment portfolios of billionaires Elon Musk and Mark Cuban and onto brokerage platforms like Robinhood.

Dogecoin is known for its mascot, an internet meme of the Shiba Inu Japanese breed dog named Doge who is famous for two-word phrases such as “Such Wow” and “Much Currency.” The Dogecoin price was trading for less than a penny in early 2021 and by the end of the year ballooned to $0.17, boasting a market capitalization of $22.7 billion and giving it a place in the top-12 cryptocurrencies. Investors who are not afraid of volatility and believe that the meme-coin trend will persist into 2022 and beyond might want to give Dogecoin a second glance.

Solana is one of those emerging blockchains that have capitalized on Ethereum’s issues. Known as the “Ethereum killer” by some observers, Solana calls itself the “fastest blockchain in the world,” boasting 1,547 transactions per second (TPS).  By way of comparison, the Ethereum blockchain is much slower, at about 15 TPS, but with the upgrade to Eth 2.0, that will jump to up to 100,000 TPS. More than 400 projects are currently building on Solana. Among them is Fractal, a “marketplace for in-game assets and virtual worlds” launched by Twitch co-founder Justin Kan that is making its debut on Christmas.

Solana is among the top-five leading cryptocurrencies based on market cap. The price has been explosive in 2021 and has gone from $1.45 during last year’s holiday season to $173 at last check. While there’s no way to tell if this cryptocurrency can replicate that performance, adding Solana to your crypto IRA is a bet on NFTs, gaming and DeFi.

Avalanche, an Ava Labs project, is yet another competitor to Ethereum, with both projects known for their smart contract capabilities, which are key to supporting DeFi and NFT apps. Avalanche’s cryptocurrency, which trades as AVAX, recently muscled its way into the top-10 cryptocurrencies based on market cap amid a rally in the price, which has ballooned roughly 30% in the last seven days. A catalyst has been crypto custody leader BitGo adding support for Avalanche, which bodes well for institutional adoption of the crypto.

Avalanche, which has been a beneficiary of Ethereum’s lofty gas fees as developers and creators have fled to cheaper blockchains, handles over 4,500 TPS. The Avalanche price has shot up very far very fast, rising 3,000%-plus so far this year.

Shiba Inu, which was created in the wake of Dogecoin, is another play on the meme-coin market. While this cryptocurrency hasn’t been around as long as its larger peer, having been created in 2020, it is no slouch and has been jockeying for position with Dogecoin on the market cap leaderboard.

Shiba Inu trades for a fraction of a penny but the market cap is an eye-popping $17.2 billion. Shiba Inu’s use case as a medium of exchange is on the rise, with merchants including AMC Entertainment adding support, which bodes well for future of the project.

Shiba Inu made millionaires out of some investors in 2021 including brothers Tommy and James, who have been named the Shiba Brothers. Their initial investment into SHIB, which was just shy of $8,000, swelled to as much as $9 million as of May 2021.

Incidentally, the brothers have since reportedly thrown their weight behind “Bezoge Earth,” yet another meme coin for a “meme metaverse” comprising the blockchain, video games, NFTs and DeFi. As for Shiba Inu, whether it has a repeat performance for minting millionaires up its sleeve remains to be seen.

Polkadot is a protocol that lets different blockchain networks work together, supporting the transfer of data, assets and tokens while transactions are completed in parallel. With so many independent blockchains available, the Polkadot protocol makes it so each one doesn’t have to operate in a silo and increases the chances for wide-scale adoption. The Polkadot project reached a major milestone in 2021 with the launch of parachains, which are the blockchains integrated on Polkadot that run next to one another.

Parachains are the culmination of five years worth of building, and at the same time the project is only at the cusp of the role it plans to play in the metaverse. Polkadot is said to be building the infrastructure for the metaverse, a virtual world that exists in Web 3.0.  The Polkadot token is currently the 11th biggest cryptocurrency based on market cap.

Algorand is a blockchain platform focused on the DeFi space, an emerging market in which financial transactions can be completed without the need for a third-party intermediary like a bank, thanks to smart contracts, resulting and faster and cheaper transactions. In addition to DeFi, the platform supports NFTs and the Web 3.0 amid the recently introduced Algorand Virtual Machine (not to be confused with the Ethereum Virtual Machine) to strengthen smart-contract capabilities. Algorand fancies itself as a play on the future of finance, or FutureFi.

Algorand has also gained a reputation as another potential “Ethereum Killer” given its speedy transaction times, cheaper fees and use of the more environmentally friendly proof-of-stake consensus algorithm that its larger peer is moving to. For its part, Algorand can support 1,300 TPS.  The Algorand price has skyrocketed nearly 300% year-to-date.