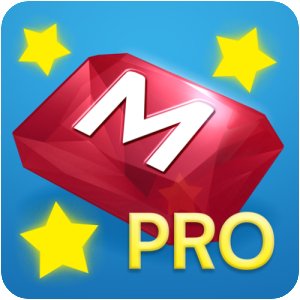 Master of Words PRO™ is an amazing word-construction game. Have fun and train your brain – at the same time!
Thousands of people from around the world play on the same board. By the end of every match, you can see the worldwide rankings and the progression of your skills.
You can play it in ENGLISH and PORTUGUESE.
To put to proof people’s vocabulary skills in a short period of time. This is the idea behind of Master of Words PRO, a game developed for Android and Kindle. The game presents a board with letters for the player to arrange into words in a two-minute span. By the end of each round, players from all around the world can compare their performance through the worldwide rankings.
Master of Words PRO is available in two languages, English and Portuguese. Its word-database has more than 500 thousand entries in it. Each letter has its own score, where the less-frequent ones are worthy more points. Get Amazon Appstore for Android – Free Amazon app of the day